Home / Blog / How To Reduce Body Fat In 4 Easy Steps

How To Reduce Body Fat In 4 Easy Steps 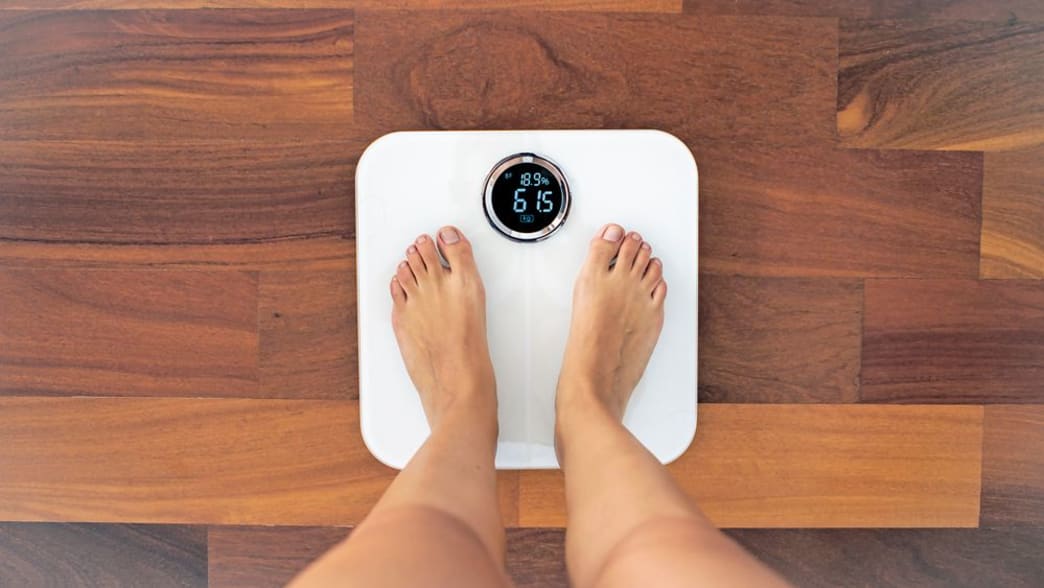 There are no shortcuts to shedding your body fat, but the benefits of doing so are tremendous

If you’re reading this in the hope of finding a series of fat-loss body hacks – perhaps discovering that the secret of losing weight lies in eating a little more of a particular spice or drinking a special tea – then prepare to be disappointed. Reducing your body fat is an admirable goal and an eminently achievable one, but it takes a fair bit of commitment. There isn’t a quick and simple trick to it: you’ve got to eat a healthy diet, get moving, sleep well and look after your mental health too.

For advice on what a healthy body percentage is and how to go about achieving it, we enlisted registered dietitian Matt Lawson who’s working with Tanita, a company that makes smart scales which monitor body fat levels.

Why is reducing your body fat percentage a good goal?

Focusing on lowering your overall weight is a good idea when you’re trying to be healthier, but if you can pinpoint that you’re losing fat instead of muscle mass that can be an even better indication of whether you’re getting fitter.

“Your levels of body fat are very important,” says Lawson, “because there’s lots of evidence that people who have a very high percentage of body fat are more at risk of things like metabolic syndrome and diabetes.”

What is a healthy body fat percentage?

“Anything between 12% and 20% for a women could be considered healthy, and for a man you’re looking at no lower than 8%. Most healthy males will have a body fat percentage of 10-15%.”

As well as sex, age is another factor that can affect your body fat percentage.

“As we age, our body fat percentage should increase slightly,” says Lawson. “That’s not necessarily an unhealthy thing – it’s part of the ageing process.”

It’s also important not to get too obsessive about that one number.

When trying to reduce your body fat, you don’t have to focus directly on it. Making healthy lifestyle changes in general will help you lower your body fat.

1. Eat In Line With What You’re Doing That Day

Your diet should adapt to how active you are each day, rather than eating the same amount no matter what you’re doing.

“Strip it back to the fact we’re effectively machines and we have to fuel our daily lifestyle,” says Lawson. “Think about what you’re doing on this day and what fuel you need. Proteins, carbohydrates and fats are the fuel, and you can’t afford to take on too much because if you do you’re going to store the excess as body fat.

“If you’re going to have a particularly active day, then you might need a bit more, but if it’s been a day at home, then you can’t really afford to have things like sweets, chocolate, crisps – the processed foods we snack on that don’t really have any nutritional value.”

2. Get Moving Any Way You Can

“To be honest any sort of exercise will help,” says Lawson. “For many people it’s about just spending a bit more time being active. The evidence shows that breaking sedentary behaviour is the best thing you can do. Even if you can just do a 20-minute walk in the evening before your dinner each night, that would be a positive thing.”

If you’re really short on time and want to maximise the effect of your workout, HIIT workouts might be the way to go.

“There’s evidence that HIIT provides more bang for your buck in terms of time,” says Lawson. “So if you only have 20 minutes then try doing something at a higher intensity. There’s no excuse for saying you’re too busy, because we’ve all got 20 minutes haven’t we?”

Getting together with other people who are looking to lose weight or lower their body fat percentage can be helpful, whether it’s to play sport or just talk about your approach to fat loss in general.

“Consider joining a local sports club,” says Lawson, “or just find someone else with the same interests or goals and do it with them, and you’re more likely to sustain it over time because you don’t want to let anyone else down. If you just sign up to a gym, you’ve got to be really motivated, because you have no-one to let down but yourself.

“GPs are going to start seeing patients with diabetes as a group – we dietitians we already do that – and there’s a lot of evidence for the effectiveness of group therapy. We’re all in it together; people are facing the same problems.”

4. Make Time For Your Meals

“It’s not good to bolt down your dinner down in five minutes in front of the television,” says Lawson. “It’s not good for the gut, for the absorption of the nutrients. Go back to sitting at the table, try to make the meal an event – that’s better for the gut and also allows us to recognise the food we’ve eaten. A lot of people bolt their dinner down so quickly that they’re soon looking for something else, because they haven’t thought about what they’ve just eaten. And then 20 minutes later we realise we’ve overeaten. Some people are doing that three times a day every day.”

Written by Nick Harris-Fry for Coach and legally licensed through the Matcha publisher network. Please direct all licensing questions to legal@getmatcha.com.

We notice that you are visiting from the United States. Please click on the flag below to proceed to our website dedicated to our customers from the US.