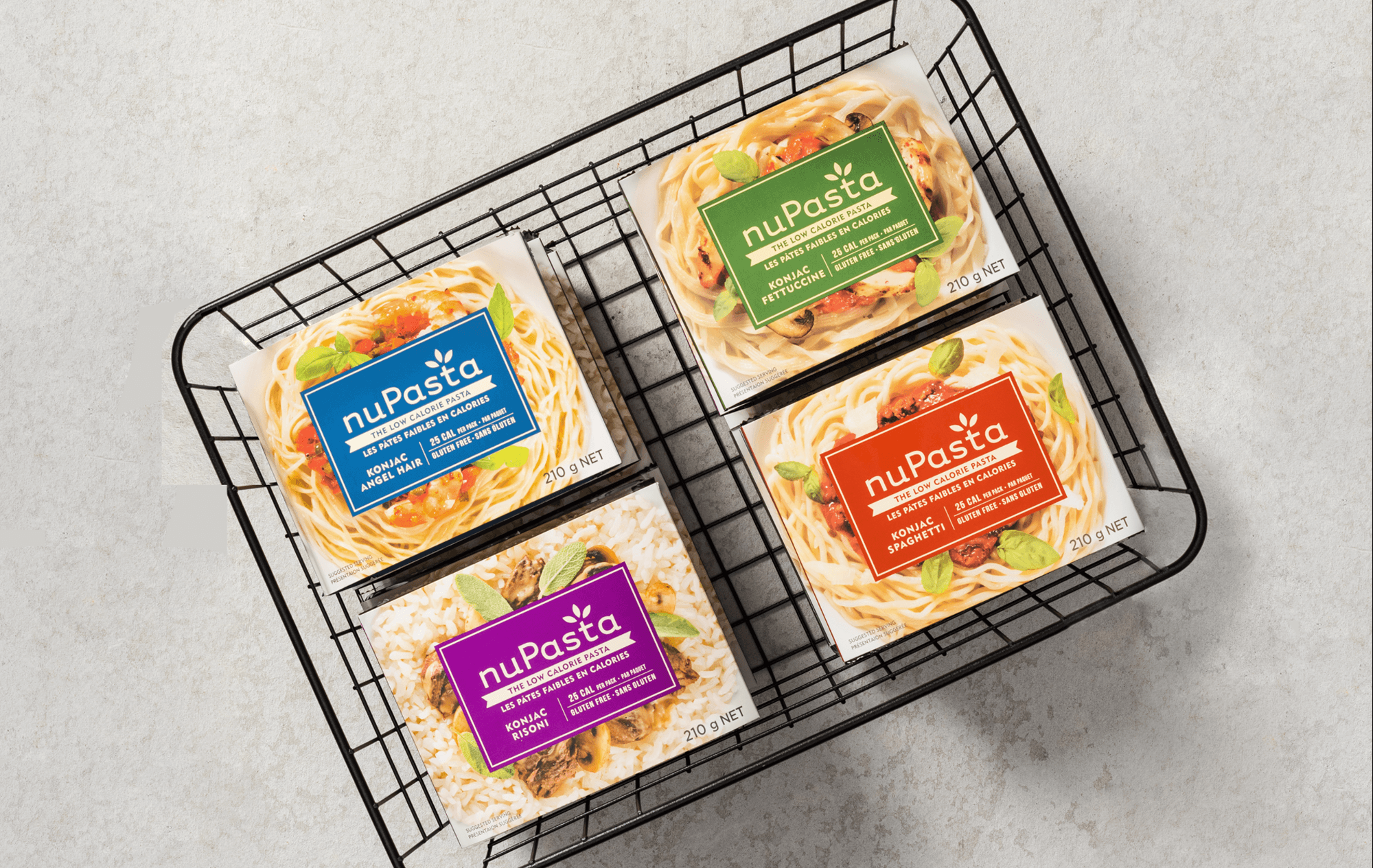 nuPasta is a revolutionary gluten and dairy-free, low-carb, keto, vegan, and kosher pasta made from konjac noodles. A full plate of regular cooked pasta contains about 300 calories and 2g of dietary fibre, while the same amount of nuPasta contains 25 calories and 6g of dietary fibre. Also, regular pasta is made with wheat, a kind of starch that contains many calories. nuPasta is made with the root of the konjac plant which is rich in dietary fibre and has no starch – this absence of starch is the reason why nuPasta is so low in calories.

Let’s talk about what konjac is, where it grows, and why it prevents us from shipping our noodles during the cold winter months.


What are konjac noodles?

While it’s a relatively new product on North American store shelves, konjac foods have been around for hundreds of years. Referred to as Konnyaku in Japanese, konjac foods are a dietary staple in Japan. In its beginnings (6th – 10th century), Konnyaku was praised as a miracle food, capable of remedying coughs, tumors, and mild forms of frostbite, to name a few. Of course, none of these were scientifically proven, but it certainly was true that Konnyaku improved overall health. However, it wasn’t until about 100 years ago that konjac became available to everyone in Japan (it was also previously considered a delicacy), and since then it has grown into one of the most popular types of food in the country. It’s available in many different forms, with various types of noodles being the most common way konjac foods are consumed. Specifically, we have reformulated konjac food to look and taste like pasta, and to make this healthy alternative accessible to Canadian and American consumers.

Where does konjac grow?

The konjac plant can grow in various environments in Japan, Korea, and China, but it grows faster and produces a larger, higher quality root in its ideal setting. The natural habitat for konjac is in mountainous regions 2000 to 4000 ft. above sea level, where it enjoys the habitat’s clean air and water. In the best environment, the root of a konjac plant can grow to 1-2 pounds in 3 years’ time; in less suitable environments it may take 6-8 years for the root to grow to half the size. Once the konjac root fully matures in the autumn of the third year, the plant is harvested, and any plant that hasn’t reached maturity is replanted next spring. Not long after harvesting, the konjac is milled and made into various foods, including nuPasta!

When discussing the konjac plant, it’s important that we highlight its key ingredient: glucomannan. Glucomannan is a water soluble dietary fibre, and has shown to be beneficial to our health in many ways including:

– Making our tummy feel full without many calories, reducing the urge for heavy meals or snack

– Reducing the absorption of cholesterol lipids such as LDL (bad cholesterol) 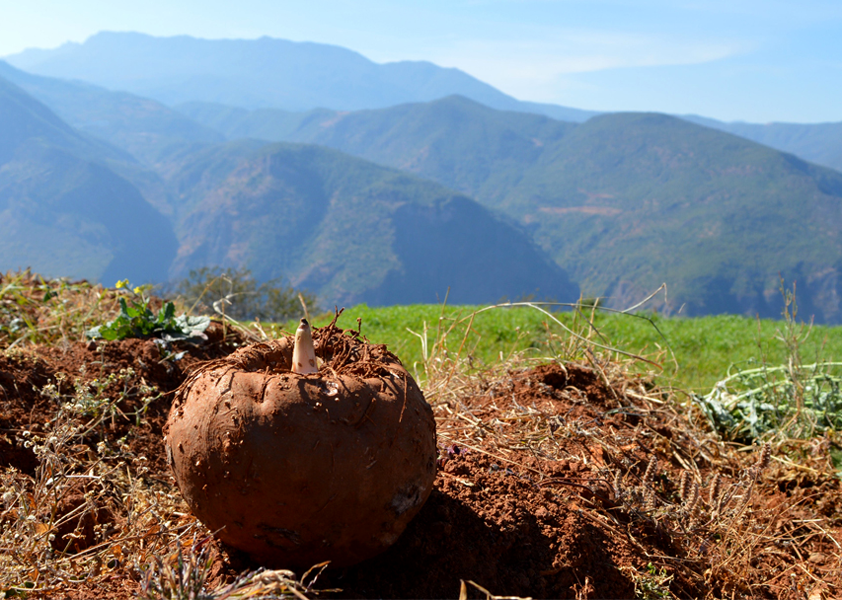 Like all konjac foods, nuPasta must be kept in water to maintain their form; once nuPasta is dehydrated, it can no longer return to its fully hydrated form. Our noodles become irreversibly damaged after being exposed to sub-zero (Celsius) temperatures. When frozen, water leaves our pasta, causing it to shrivel up and become inedible. We’ve tried shipping in past winters, however, it resulted with a lot of damaged pasta regardless of our various attempts to insulate the packaging. To avoid this in the future, we’ve made the decision to pause our e-commerce in the winter months.

The good news is that shipping our noodles to nearby grocers doesn’t cause this damage, as it’s a much more controlled process, allowing you to still purchase nuPasta all year round! You can find the nearest location where nuPasta is sold right here.

We notice that you are visiting from the United States. Please click on the flag below to proceed to our website dedicated to our customers from the US.